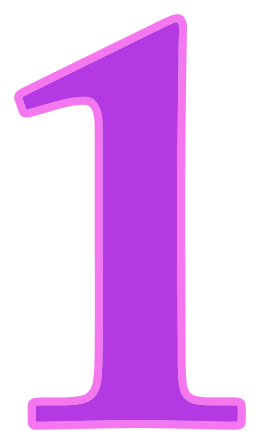 Fitness in general includes both aerobic and anaerobic aspects. According to the priorities of the sportsman, one or the other of the two aspects will be emphasized, but the second one will not be neglected. The purpose of doing fitness exercises is, ideally, to create a complete athlete, able to face various physical and psychological demands.

The object of aerobic fitness is the so-called cardio training, a term which refers to the cardio-vascular system and the heart muscle (myocardium). We’ll talk about trainings which do not make oxygen duty and which are generally called ‘trainings of aerobic effort’. More exactly, they refer to efforts which take a long time (more than 12 minutes) ? usually they take between 20 and 60 minutes and they determine acceleration of cardiac frequency and lung ventilation. Efficiency in training requires a frequency between 60-80% of the maximum cardiac frequency (calculated according to the formula 720-age ? in years).

Normally, the ectomorphic and mezomorphic types, which do not accumulate large quantities of subcutaneous adipose tissue, will need to practice for a rather short time (20-30 minutes per training in two or three trainings a week, in non-consecutive days). This time is necessary for realizing an effective cardiac stimulation, without the risk of losing muscular mass.

For the endomorphic somatic type, ‘benefiting’ of a lot of adipose tissue, aerobic training must last 45-60 minutes and needs to take place 4-6 times a week.

Even if trainings are extended (time, miles) and they are more frequent, their intensity, which is given by the cardiac rhythm per training, must remain high, so finally the body burns as many calories as possible. It is well-known that only after 20-30 minutes the body starts to mobilize the fat ‘deposits’. Before this, at the beginning of the training, the energetic support of the aerobic effort is ensured by the muscular and hepatic glycogen, the same as in anaerobic efforts, which are supported exclusively by the glycogen from the muscles and the liver.

This is one of the main reasons for recommending, in programs designed for losing weight, aerobic exercises ? they are the biggest and fastest ‘fat burners’. Of course, the other big benefits of these exercises appear at the cardiovascular, pulmonary, psychological and other levels.

A real euphoria is observed at the psychological level during aerobic training. This is motivated by the big number of endorphins produced in the body by this type of effort. Endorphins, also called hormones of happiness, are not produced in such a big quantity during anaerobic effort. Anaerobic training determines a big release of catecholamine (adrenaline, noradrenalin), which are considered stress hormones.

A disadvantage of aerobic fitness is, first of all, non-developing a strong and fortified musculature, because of the reduced muscle efforts. We can also observe (and must resist) the monotony of the training, which is long and repetitive.

However, generally speaking, the advantages of aerobic fitness are remarkable and irreplaceable.

Fitness Doesn’t Have To Be The “F” Word

It is pretty easy to set goals about attaining personal fitness. It is not quite as easy to achieve reaching those goals that you have set without the right education. The following information is packed […] […]

Fitness Can Be Fun With This Advice

Information is power and will help you in your life’s journeys. If the journey that you are currently on involves fitness, you will find this article will make you quite powerful indeed. Take the time […]

You’ve Come To The Right Place To Learn About Fitness

It is time to take your life in your own hands and do something about your weight. Diets are hard and might not even work. The best thing to do is exercise, along with a […]