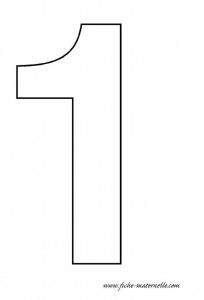 Everybody can get hemorrhoids, or piles, but it can be treated and prevented. However, hemorrhoids in children pose different sets of problems. First of all, kids do not know what piles are and won’t be able to determine it on their own. Often, kids won’t approach their parents about the aches and pains they feel in their body because they are embarrassed.

The first task is to determine when a child is suffering from it. Blood in someone’s stool is a sure sign that there is something wrong with the body but children won’t admit it right away. If your child has been exhibiting weird behavior, you might want to take a look at the toilet after your kid uses the bathroom or ask them gently about it. Don’t make it sound like there is something wrong because your child will end up panicking.

Constipation and diarrhea are the most common causes of hemorrhoids in children. To determine if your kid is experiencing any of the two, be observant about his or her bathroom behavior. Be wary of how much time and how frequently he or she uses the bathroom because this might signal difficulty defecating. Have time to listen to your child’s concerns and watch out for any “pooping” problems. If they often complain about not being able to do number two’s or still feeling full after using the bathroom, you might want to get them checked for piles.

If the piles are due to constipation and diarrhea, it can easily be managed at home. However, hemorrhoids are not a common condition for children and they may actually be a symptom of something more serious. Take your child to a paediatrician to rule out other causes.

The first thing you would want to do in treating hemorrhoids is to fix the irregular bowel movements. Constipation in children is often caused by a poor diet. A diet low in fiber will produce stool that is hard to pass and cause infrequent bowel movements. Constipation can also signal a dehydrated diet. Increase the fiber in the diet by feeding your child more fruits, vegetables and whole grain sources of carbohydrates. Make sure that your child well-hydrated.

Diarrhea causes frequent bathroom breaks that cause hemorrhoids too. It is often due to eating something bad and bad bacteria and viruses are present in the stomach. Ideally, this subsides after a day or so and you would want to focus on keeping your child hydrated because a lot of water is lost through defecating. Diarrhea is the body’s attempt at eliminating the substance out of your body. You can give your child anti-motility agents to stop the unnatural movements of the stomach. If the diarrhea lasts for more than 2-3 days, have your child checked and medication will be prescribed.

Other causes of hemorrhoids in children are prolonged sitting and obesity. Sitting on a chair for a long period of time is hard to prevent because of school. Exercise helps regulate bowel movements and fight obesity. Hemorrhoid creams are also available to reduce the inflammation.

Tips And Advice For Dealing With Cellulite

Cellulite is something that is very annoying for women as they age. It is prevalent in certain areas on the body, and it affects each woman differently. It is no secret that women are always […] […]

Useful Information For Dealing With Your Eczema

Are you someone that has to suffer with eczema? Are you looking for great advice that will help you finally get a handle on this troublesome skin problem? If so, keep reading for some useful […]

Top Tips And Advice For Dealing With Cellulite

Cellulite is one of those conditions that you can’t really understand until you deal with it yourself. It may seem insignificant to some, but it is a problem that causes loss of self esteem to […]