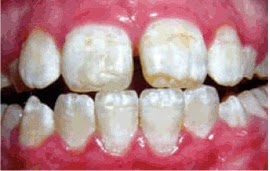 The issue of dental care for children is something that most parents fail to get it right. There are many things that can go wrong when a child’s teeth do not develop properly. Often times this leads to self-esteem problems in future. Therefore, as a parent, it is a good idea to try to make sure that you take care of your child’s dental needs from an early age. Some of the measures you can try to take include:

Make it a habit for your children to brush their teeth twice daily.

They say old habits die hard, and this is something that you can use to your advantage. When a child is conditioned to be brushing their teeth from a tender age, you will find that as they grow older, it becomes second nature to them. The benefit of this is that they will end up having fewer problems such as tooth decay; which will then lead to a lower dental care bill.

As much as possible, avoid exposing your child to carbonated or sugary soft drinks

Soft drinks such as sodas are bad for everyone’s teeth, but in the case of children, they have an increased deleterious effect. The fact that a child’s tissues are still growing means that they are very sensitive to any damage, including tooth deformities due to too much sugar and carbon. When your child is still very young, you should avoid having them take any kind of carbonated soft drink. Of course, as they get older (such as from age five or six onwards), it may be inevitable for them to drink such beverages, such as when they are in school with friends. You should try to educate them about the negative effects of soda, and then give them an alternative such as fresh juice, which is usually less harmful in terms of dental health.

Start taking your child to the dentist as soon as possible

It is also a good idea for parents to start having their children visit the dentist from an early age. Because when this is done, dental problems can be caught and treated on time before they evolve into more complex problems. For instance, when they find your child has misaligned teeth, they can start fitting braces on them at an early age. This way, the braces are going to be more effective, and since your child’s tissues are still developing they will be more amenable to manipulation. The net effect of this is that your child will need the braces for a shorter period of time compared to someone who got them when they were teenagers.

Teach your child how to floss and brush their tongues

The two aspects of dental care that many people neglect are flossing and brushing of tongues. However, these two processes remove the plaque that is lodged in hard to reach places, which are the most frequent sources of food particles responsible for foul breath. By making them floss, they can avoid problems with bad breath in future.