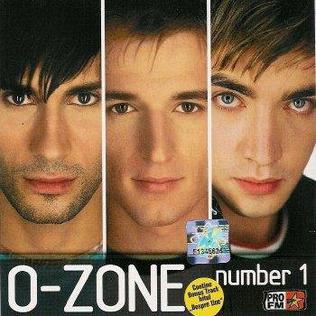 Large amounts of aluminum are usually found in the brain of a patient with Alzheimer’s. This has led others to think that the disease is caused by using aluminum cooking pots and pans or ingesting oral antacids or antiperspirants containing aluminum.

It’s a nice thought but one with no scientific basis. Professor Luigi Amaducci of the Department of Neurologic & Psychiatric Sciences at the University Of Florence said other patients with Alzheimer’s don’t have aluminum plaques in the brain which rules out this metal as the cause of the disease.

“There has been some concern in recent years that dietary aluminum may lead to Alzheimer’s disease or senile dementia in older people. This concern arises from the fact that greater levels of aluminum are found in brain tissue of people dying from Alzheimer’s disease than in brain tissue from people dying from other causes,? according to Dr. Myron Winick, director of the Institute of Human Nutrition, Columbia University College of Physicians and Surgeons in The Columbia Encyclopedia of Nutrition.

?It is now generally agreed that the aluminum deposits in the brain are probably not a cause of the disease, but rather a consequence of it. It is known that cells die in specific regions of the brain in Alzheimer’s patients, and the aluminum probably gets deposited on the debris left after a cell dies. Aluminum is relatively abundant in the earth’s crust and is widely distributed throughout the world,? Winick said.

?The levels of aluminum in ground water and drinking water are extremely high in some regions of the world, yet there is no greater incidence of Alzheimer’s disease among the residents of those areas,” Winick added.

The end result of Alzheimer’s disease is death. With time, mental deterioration progresses to the point that the patient is bed-ridden and unable to care for himself. Many die of malnutrition or infection. This can happen a year after getting the disease.

“The course of the disease, which eventually can result in deterioration of the rest of the nervous system and other parts of the body and in loss of control over bladder and bowels, may range from one to 20 years. It may cut life expectancy by contributing to death from another cause, such as pneumonia or heart or kidney failure,” said the editors of Consumer Guide’s Family Health & Medical Guide.

“This devastating disorder contributes an enormous emotional and physical burden on other family members, and when admission to a nursing home or some other such facility becomes necessary, as it often does, sadness in the family is often compounded by guilt,” revealed Dr. Isadore Rosenfeld of the New York Hospital – Memorial Sloan-Kettering Cancer Center in The Best Treatment.

What are the other types of dementia? For the answer to that question, read the fifth part of this series. To enhance your memory and support healthy brain function, take Neurovar.

What You Need Too Know About Alzheimers

Alzheimer’s is a mental health disorder that can include memory loss, personality disorders and eventual loss of all cognitive functioning. It affects over 20 million people worldwide and usually affects those 65 and older. It […] […]

Silicosis is a chronic occupational lung disease that occurs in workers in mines, quarries of stone, metallurgy, porcelain and glass industry etc, after prolonged inhalation of silica dust. Silicosis is characterized by progressive and intense […]